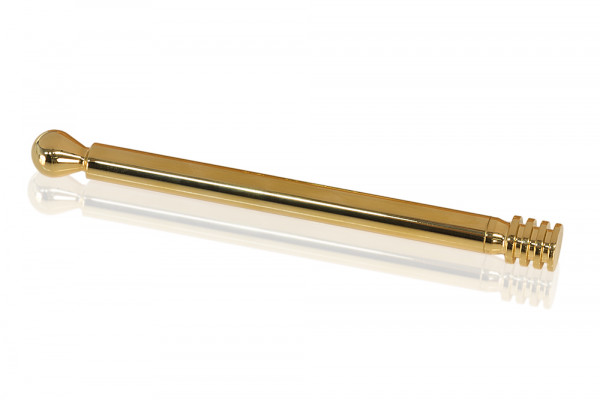 Mobile drink stick - A great device for on the go.

Description Evaluations 0
Description
Eckhard Weber "A great device for on the road. And for all doubters! If you are... more
Close menu
Product information "Weber-Isis® Beverage Rod (gold-plated)"

"A great device for on the road. And for all doubters! If you are still not sure whether bioenergy really exists or whether it can be amplified and radiated with one of my devices, this is an inexpensive possibility to experiment. Just trust your own perception! Stir the Isis-Beverage-Stick in your coffee, juice, wine, beer or water glass and see what happens. Better taste? Do you feel fresher? I firmly believe you will notice something. Go ahead and take your time with it and train your perception. Again, the groove and ring shape plays a big role here, aided by the sphere. The radiation that can unfold through these shapes alone is possibly enhanced by the spiral, the quartz sand and the cotton inside the rod. Of course, the Isis Beverage Wand is more than just a testing device. It can serve as a drink activator on the go. Or to amaze your friends in the pub. All descriptions are based on observations, my perceptions and those of customers. We have had beautiful water crystal photographs taken using the process of Dr. Masaru Emoto." 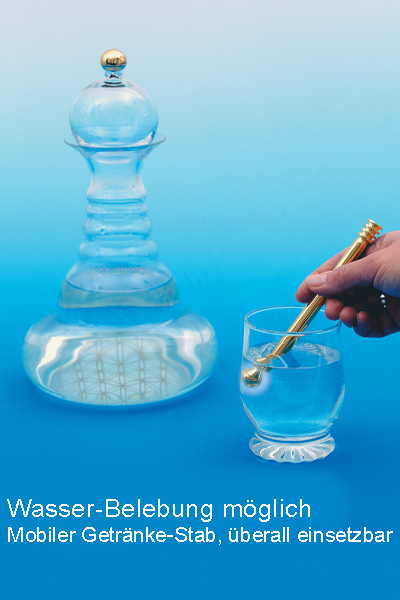 The water carafe and water glass are not included with the Weber-Isis® Beverage Wand.

The special feature of the Isis Beverage Wand possibly emanates, as with all other of our products, from its geometric shape. Its geometrical form consisting of 4 rings, which was derived from the Egyptian Djed pillars, can strengthen the bio-energy. The use of brass, a geometric brass probe inside, quartz sand, natural cotton as well as the gold alloy outside is believed to increase the intensity of radiation. Of course, the Isis Beverage Wand has also been constructed in such a way that it cannot absorb any extraneous energy that could affect its energetic effect. Furthermore, it is possible that the above-mentioned ingredients of the Isis Drink Wand, which have been charged with the same information as our Water Activators, can probably trigger a transformation of negative vibrations and, in a correspondingly reduced intensity, possibly produce the same benefits as these. The spherical tip may help to spread the radiation evenly in all directions. Unlike the Horus Rod, which must first be activated by mental order, the Isis Beverage Rod can presumably unleash its energy on its own. The Isis-beverage-rod works according to the same principle as the Isis- orgone-radiator. 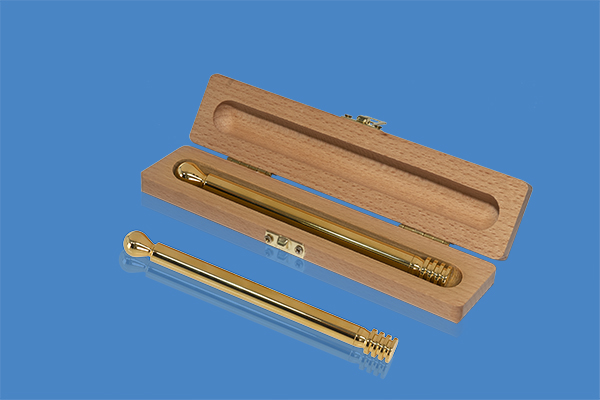 The Weber-Isis® Beverage Wand is 14.46 cm long and comes in a wooden case. So it can be taken and used as a constant companion in a hygienic and elegant way to every occasion. The scope of delivery includes 1 piece of Weber-Isis® drink stick with wooden case.

The Isis beverage stick should be held in the vessel with a beverage and stirred with it for approx. 30 seconds. If the Isis-drink-stick is simply put into the corresponding vessel, the energizing can take 30 - 60 seconds. Presumably, depending on the nature and  quality of the beverage, a longer exposure time may be necessary in order to achieve an optimal result. Experience shows that fruit juice needs longer than e.g. water until a possible improvement in taste can occur and coffee needs even more time, but usually not more than 60 seconds. 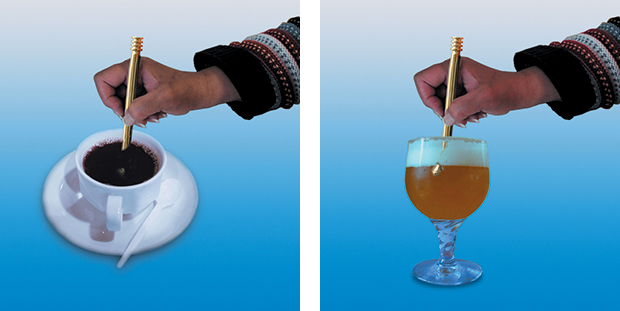 Examples of use: Harmonization of coffee and beer.

- • Water and beverages can be informed

- • Possible taste improvement of beverages of any kind

- • Drinks such as fruit juices or wine can become milder

The information power of water

Due to its special physical structure as a liquid crystal, water can absorb, store and pass on frequency patterns of other substances. This is made possible by so-called hydrogen bonds. The latest research results also explain the mode of action of homeopathy. Water reacts like a sensitive antenna to everything in its environment. Scientific research has shown that even cosmic conditions such as planetary constellations or the phases of the moon have an influence on water. In the meantime, it has actually been proven that water has a kind of "memory". Water can store information and pass it on. Unfortunately, it makes no distinction between positive and negative information. In his water analyses, a German graduate physicist was able to prove that water still contained their electromagnetic vibrations even after being cleaned of pollutants . It is not the chemical substances that have an effect on the organism, but the harmful electromagnetic frequencies of the pollutants. Such frequencies can be neutralized by the Weber-Isis® Beverage Rod.

Water crystal photographs according to the method of Dr. Masaru Emoto ©Eckhard Weber